The Angola Project playfully straddles the worlds of live performance and filmmaking – constructing a movie in real time from fragments of film and narrative, only to have it crumble into disarray. A trilogy of solo performances tearing apart the tradition of Travel Lectures from the 19th century, Jeremy Xido leads the audience on a very personal journey into real-life attempts to finance a film and confront the truth of mortality.

CABULA6, voted Company of the Year 2009 by Europe’s prestigious Ballettanz cultural magazine and awarded Outstanding Artist 2010 by the Austrian Ministry of Culture, is an internationally acclaimed performance and film company led by artistic co-directors Claudia Heu and Jeremy Xido. The company has presented work around Europe, the United States, South America, Asia, and Africa. Their work overwhelmingly focuses on the border between reality and fiction and the uneasy dialogue between a person’s private sense of identity and its dynamic reception in a broader social context. They search out non-traditional performance spaces that make it possible to walk the line between what is “real” and what is constructed and which can bring audience members face to face with their assumptions and expectations about who they are and with whom they live. CABULA6’s work ranges from stage pieces, to site-specific works, to films, to projects of social intervention. They are dedicated to principles of delight, humor, investigation, and jolts of adrenalin. 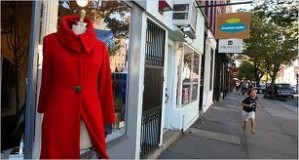